Welcome to my design portfolio covering all aspects of my work life, including: Print and Online Design, Social Media and Content Management, Puppetry, Radio, journalism and cartooning. 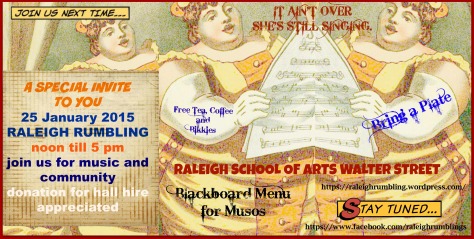 If you are in the Raleigh, Urunga, Coffs, Bellingen Area – come along. It was Izzy’s favourite project in 2014. We had dreams for it – they’ve been a bit knocked around with all the gear gone and my spirit knocked about but George Finney and Sandra Clark Music Raleigh Vineyard & Winery Raleigh Rumblings and Marne and Our Ukers inc Vanessa Gould-Nugent plus MORE have kept us staggering along. Could be a birthday around as well, LordJohn May ?

LOOK FOR THESE NAMES : John Manson. Greg Sales. Brett Divola. and more.  Big thanks to the people who help with the Kitchen as well.

I was going to make a more serious card that reflected the other sides of Izzy’s complex personality – but I don’t think he would mind if I passed on our thanks to you with this card . Our very best wishes for the Christmas Season and for 2015.

This week brought the sad news of the sudden passing of Terry Halliday Meaney seen in the video clip speaking at IZZY’S LAST BIG GIG. If you can make it to manly this week, details are above. Our hearts go out to his loved ones. He was a good friend in the months after Izzy’s passing. Love you Brooke and Terry.

Did you hear that they’ve isolated the gene for banjo playing?

It’s the first step to a cure! 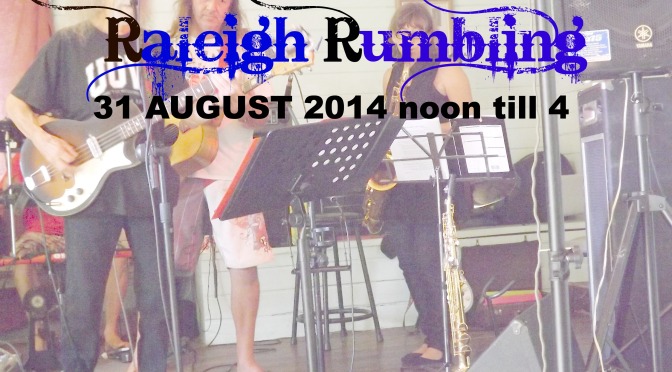 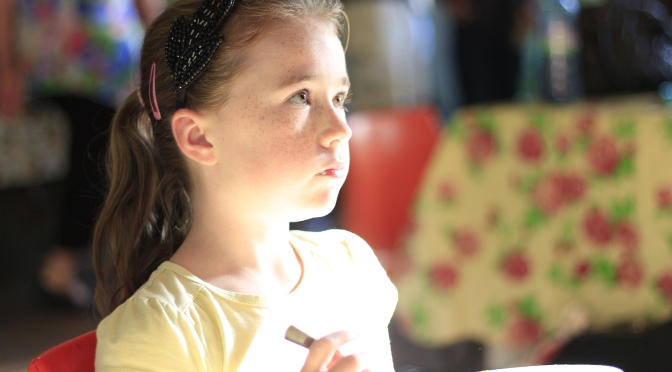 First one since Izzy Foreal’s LAST BIG GIG. There was trepidation all around but it turned out to be a pretty good day.  Everyone pitched in and we rumbled once more.

HAD a call from George Finney today. From where he is at work behind the Scenes.

George will be up on Guitar and Vocals.

He’s brought in GREG SALE on Bass.  I think I have photos of Greg someplace here but will need to look about. Looks like this is him on djembe.

Warren Cox will be up on guitar. 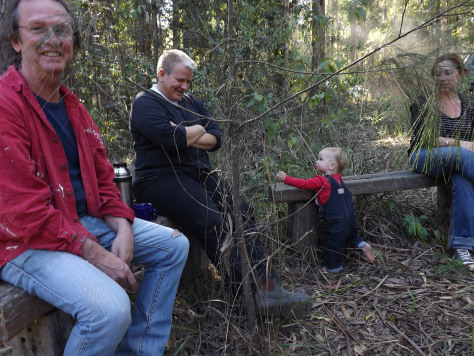 He’s looking tough and muscular after bringing and placing the three ironbark benches up In Forealty Forest in the Bongil Bongil where Izzy took his rest.

A few of them are hunting up a drummer for the day, so George tells me.  KEITH LONGMAN will be there next month but next week will be a surprise.

Robbie Harman from  Hungry Head is in the lineup: guitar and vocals. Rob’s been a good friend to the Rumbles all the way along.

MARN REGAN  will be with us. Best get…

MARN REGAN is on the left. Dancing. I have found out that he can also COOK.  Delicacies at that.

That’s Izzy in the middle and at the back is another Ukulele Player.  The Uke players are the reason we keep the fire hose at the ready. Cool ’em down a little.

Izzy was surprised to find that JOHN MANSON, fiddler extraordinaire, took to the ale when performing at the OceanView Hotel in URUNGA.

Pete Howard is our HARMONICA PLAYER. Another resident of URUNGA. In the middle is a visiting bass player from down on the Nambucca and to the right is a bike rider who appeared at a 2014 Rumble for refreshment.

John May is another poly instrumentalist. Seems he prefers to be barefoot. Let’s hope he never appears with the dreaded bohdran.

You see me post the VAS boys quite a lot even though they are not always available for Rumbles. I post them because :

1. They are specially dear to me.

See the Bloke at the back – he sells wine barrels. 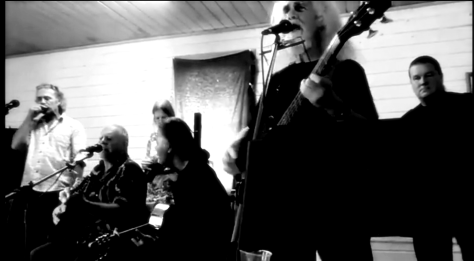 Wrapping it up with some more seated Uke Players. I tried to keep Uke Players out of the Rumble but they are prolific and smarter than I am.

JOHN MAY AND MARGOT.

A bit of the Irish influence here in  these Urunga residents. 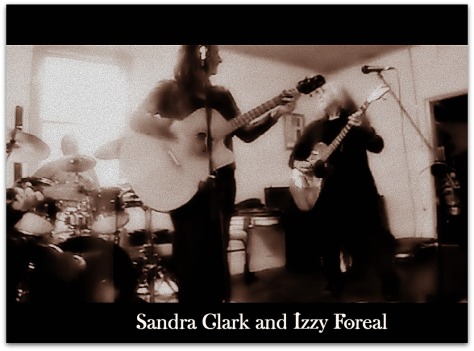 Round about now is when I hope that some Musos write something in the comments because I can only talk about their hair and personalities and sometimes a little bit about their past. I have NO idea as to what instrument they are playing. i don’t even know what a key change is. SANDRA CLARK is another URUNGA resident.  How’s that for technical talk ?

I just got a message from the wonderful REE PREO to tell me they will be at the Rumble as well.

MATT PREO was one of Izzy’s favourites and he is one of mine. Matt’s from down South near when my Lad lives. Matt writes and performs his own songs. Some are funny. Ask him about flies. Others are heart achers and some are just plain beautiful. 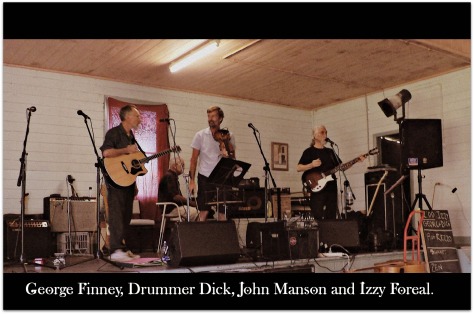 This is where blogging began for me, in a way. I was writing about BILAMBIL BLUES CLUB where  I went Thursday Nights for dinner, music and company. Now I am writing about Rumblings. I am still possessed of a very minimal knowledge of Music and Musical Terms although I have learned some from my 7 years with Izzy.

Bear with me then as I fill you in a little on our  Motley Crew. It will be from the viewpoint of the non-musical. Up here we have George Finney whom I first met as George ****** . He is a legit Raleigh Local and lives just over the river from me. George had become a very valuable and valued compadre to Izzy Foreal. He had picked up Zarsoff tunes , plays a wild guitar as well as turning his hand to banjo, mandolin,bass and MORE.

Dick is also a Raleigh Man. A lot of talent for a small village and Raleigh is small.

JOHN MANSON and Kerry are recently up from Sydney. Excellent additions to the community.The day after Izzy’s Last Big Gig, I went to the Hall expecting to do some cleaning and there they were along with a batch of others and all was done. 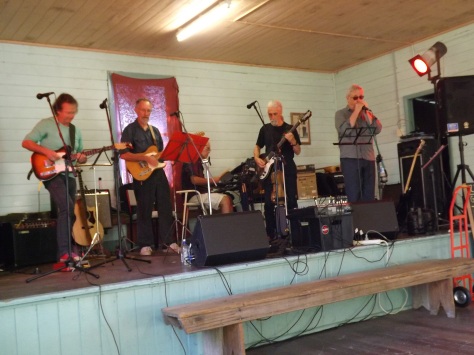 George gave me another call. ANNIE ARNOLD is going to do the drums for us and SANDRA CLARK will take up some bass space. PETE HOWARD will likely be along with his HARMONICA and maybe JEN on SAX.

Here’s a wee touch of PETE with Izzy and Brett. 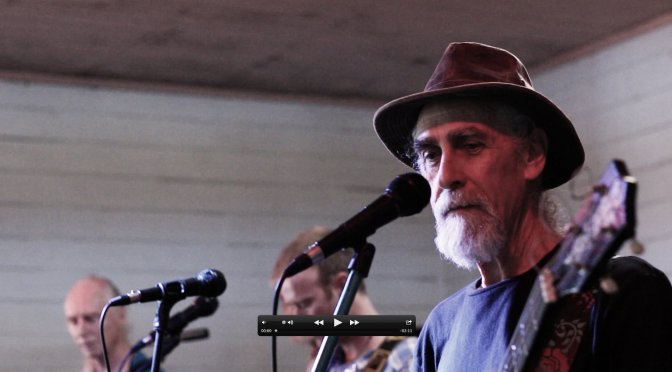 The good musos of the Raleigh Rumblings say they are doing it again. Come along and join us. I know George Finney has been quietly at work in his usual steady way. Probably Marn Regan as well . The two of them will have me a-weeping for sure. Same as John Manson with his fiddle and maybe Sandra Clark who is a dear friend of mine and Izzy’s. George told me other names but I am not myself with Izzy gone and have forgotten the names which is disrespectful of me.

Maybe the VAS boys and a Bass Player from Bellingen. Maybe some Ukes and hopefully you will remember to bring a plate. Tea and Coffee provided as usual and good company.

Leona might be down from the Clarence. We will see. Rob Harman from Hungry Head perhaps.

Please forgive the lack of publicity and posters etc. Iz and I did them together and its a bit painful this month.

Here’s some shots from the music side of Izzy’s last Rumbling in June 2014. 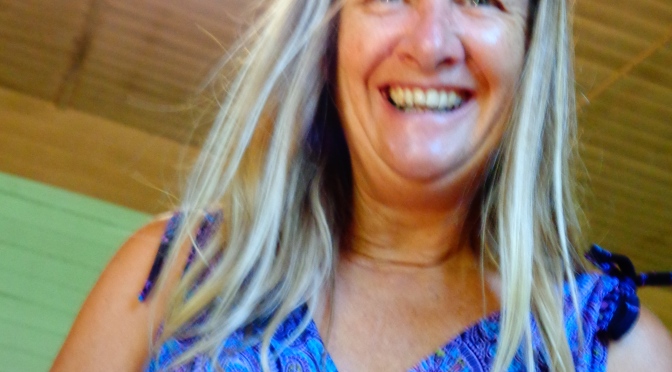 RALPH GRAHAM WITH GEORGE FINNEY AND ON DRUMS – KEITH LONGMAN,

SCHOOL OF HEARTS
You wonder when you wander into a community if you are in a typical one or a special one. The common bond is the relationship with a person who has unexpectedly lost his life doing what he did every day, relatively healthy, not so old … Are these the reasons we are so shocked? Or is it because he was a loveable larrikin who stole the heart of the community he adopted those few short years ago. There’s more. He was irreverent, which actually teaches you to value what really matters. Like the adage: take what you do seriously, but not yourself. He cared where it mattered, and gave of himself and he was enthusiastic about stuff and about people.

You know, I hate talking about him in the past tense, something I will have to get used to. His Buddhism may have kept him centred and on good terms with life. It also teaches us not to get attached to people and things apparently. That’s a tough call. I needed lessons from him on that one.

“I was smiling yesterday,I am smiling today and I will smile tomorrow.Simply because life is too short to cry for anything.” ― Santosh Kalwar, Quote Me Everyday

OUT AND ABOUT IN RALEIGH AND ENVIRONS

In the old School of Arts in Raleigh, New South Wales, Australia, there are sounds of music and stirrings of Community Gathering. Bear with me as I take a good look around and report back to you with news of the Musical Gatherings, History of the local area , News from the Community and general gossip and unedited observations. If any of you would like your own input, grab a space in the Comments or send me an emai and I shall post your bio, your news, your recollections and anything honourable and relevant. Email address is nellibell49@gmail.com. Join us on the last Sunday of each month for a good old-fashioned get together, Yrs. R.R.R.R. (RALEIGH RUMBLINGS ROVING REPORTER)

MUSICAL FRIENDS OF THE RALEIGH RUMBLERS

RALEIGH AND ROUND ABOUT

Learning to stumble through life without the comfort of booze.

A sweary alcohol recovery blog written by a Yorkshireman

Process Not An Event

A woman's quest for one year of sobriety

A mom, wife and professional's journey on recovering from addiction and finding her true happiness.